Top 10 Must Visit Towns in Vietnam

Vietnam immediately captivates travelers with its rich heritage and striking natural beauty. Bordered by mountains and the South China Sea on the west, with the deltas of the Red River and the Mekong set towards the country’s north and south ends, Vietnam’s diverse landscape encompasses white-sand beaches, enchanting rice paddies, and lush jungles. Here are some of the most beautiful towns you need to see in this fascinating country.

Top 10 Must Visit Towns in Vietnam

Hoi An is a UNESCO World Heritage Site and one of Vietnam’s most important tourist destinations. With wonderful cuisine, intriguing history, and irresistible charm, Hoi An best matches many travelers’ ideal visions of Vietnam. A major port between the 16th and 18th centuries, the town owes its beauty to a unique combination of Chinese, Japanese, and European influences. Small enough to explore on foot, Hoi An’s lantern-lit streets are dotted with Chinese temples, lively food markets, and wooden-fronted shophouses. Galleries selling local artwork and laid-back open-air cafes add a charming, bohemian element. 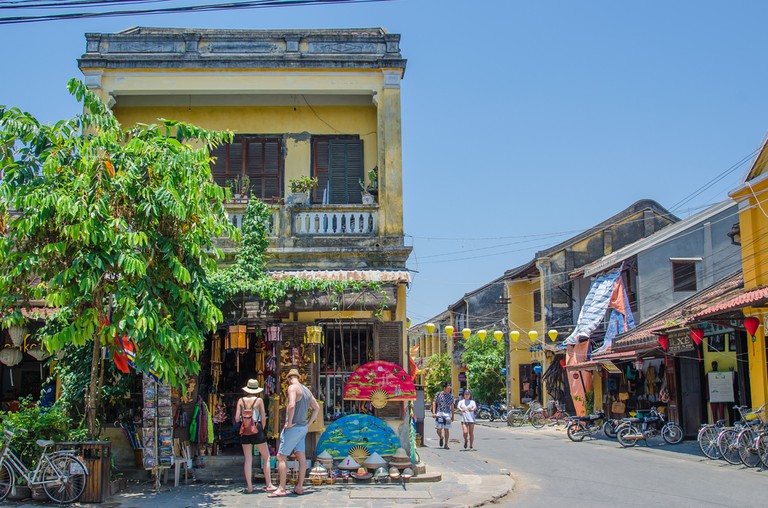 UNESCO world heritage. Hoi An is one of the most popular destinations in Vietnam | ©  P. Kamput / Shutterstock

Once a sleepy fishing village, Mui Ne is now a favorite weekend getaway destination for expats living in nearby Ho Chi Minh City. Despite its increasing popularity with tourists, the town retains an invitingly low-key atmosphere. Its nine mile beach is lined with low-rise resorts, restaurants, and shops. The bay is a well-known hot spot for wind and kite surfing, thanks to wind levels that are relatively consistent throughout the year. If you need a break from the beach, take a tour of the surrounding sand dunes. These dunes actually help create the town’s pleasant microclimate, causing rainfall to be relatively minimal even during the country’s wet season. 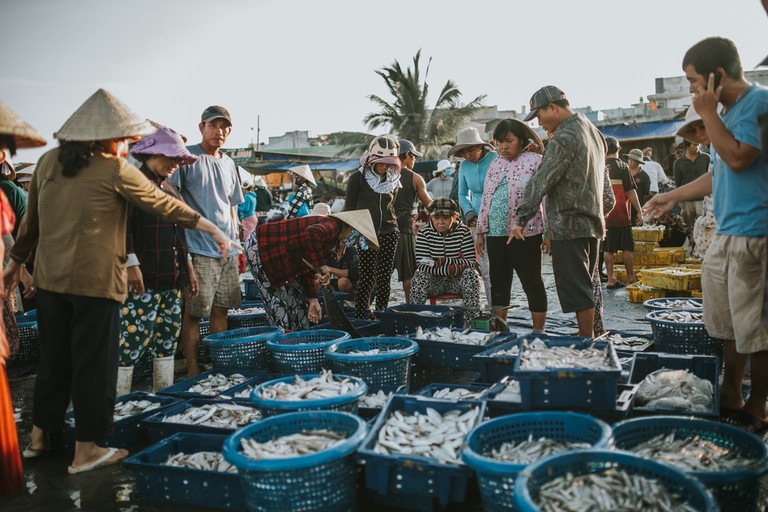 Set at an altitude of 1,500 meters, Dalat offers year-round cool weather and serene mountain scenery. This quaint town was once a favorite retreat of Vietnamese emperors and French colonials eager to escape the country’s summer heat. These European influences are still noticeable in the French colonial architecture found in the town’s central area, where the streets are lined with red-roofed stone buildings. With lovely churches, markets, winding streets, and colorful gardens, the town is a wonderful place for strolling. The surrounding area offers lakes, forests, and waterfalls, perfect for trekking, biking, and rock-climbing. 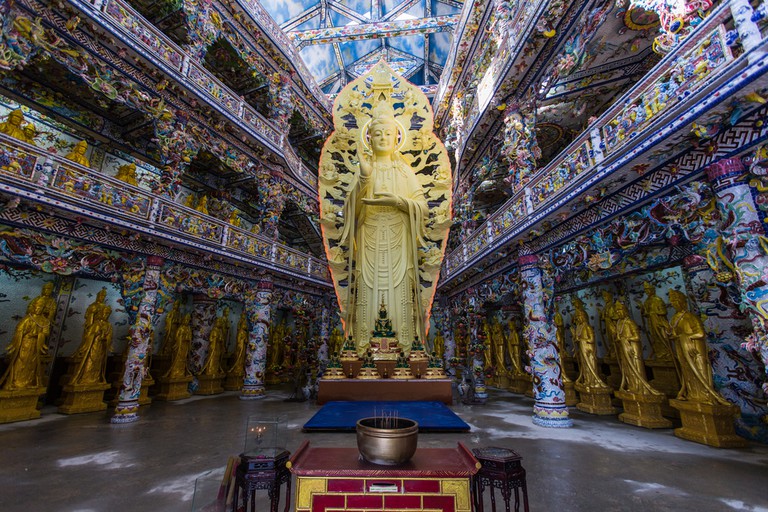 Nha Trang is one of Vietnam’s most popular seaside resort towns, home to some of the country’s top beaches and dive sites. The town’s six kilometer, crescent-shaped beach is set against a picturesque mountain backdrop. Aside from soft sands, the shoreline offers a pleasant promenade, sculpture parks, and scenic gardens. Dozens of local companies offer day-trips to the more than 20 islands found just off the coast, where you can enjoy hiking and snorkeling. Towards the center of town, you’ll find some fantastic restaurants as well as the centuries-old Po Nagar Cham Temple. 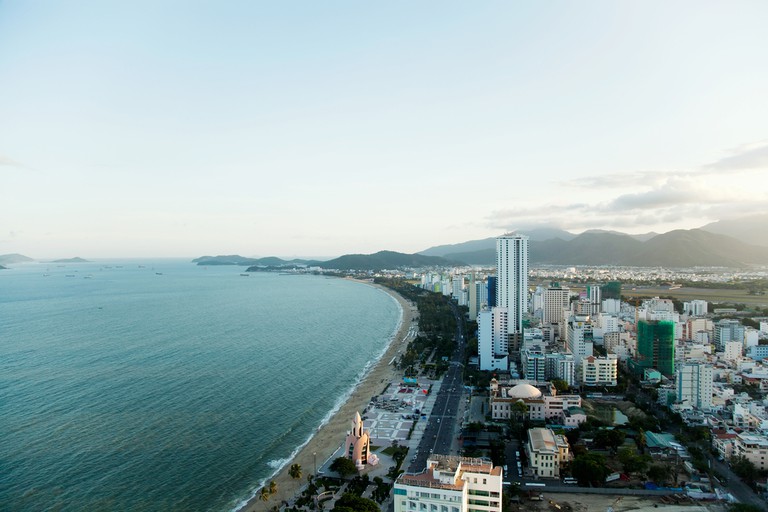 The largest town in the Mekong Delta, Can Tho sits at the meeting point of several different waterways. It’s an ideal base for visiting the nearby floating markets, with canals and rivers filled with an astonishing variety of boats and ships. Can Tho’s lovely riverfront is lined with sculpture gardens and some of the region’s best restaurants. The backstreets give rise to a few unique temples and a buzzing night market, plus a short trip outside town will bring you to beautiful countryside landscapes covered with rice fields.

Can Tho, Can Tho Province, Vietnam 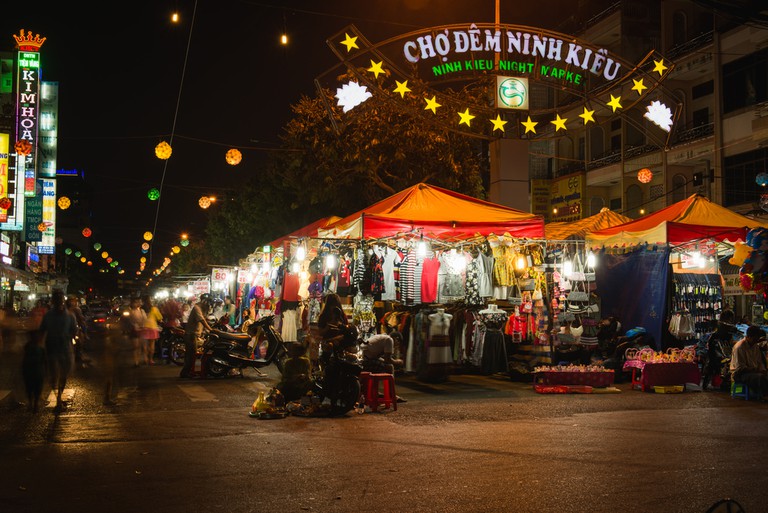 One of northern Vietnam’s most well-known tourist destinations, Sapa is set in a magnificent location on the western edge of a high plateau. The town overlooks a beguiling scene of mountains and rice terraces, often shrouded in mist. It’s a popular base for trekking in the Hoang Lien Son Mountains, as well as for exploring rice paddies and minority villages. Sapa has been a gathering place for local hill tribes for hundreds of years. Although the increasing number of tourists visiting the town’s market has altered the atmosphere somewhat, hill-tribe people still come here to sell handicrafts and traditional clothing. 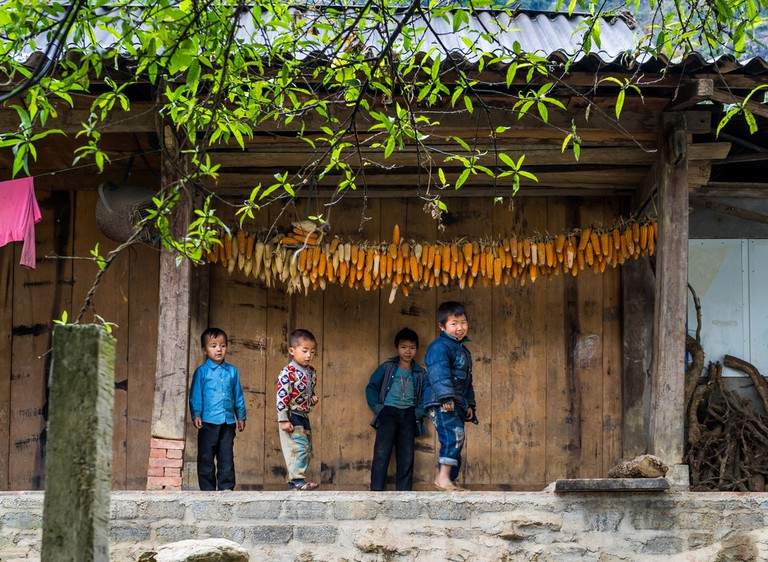 Children standing on the porch of a traditional wooden house. | © Marvin Minder / Shutterstock

Located 120 kilometers south of Ho Chi Minh City, Vung Tau is a popular beach destination for locals and expats looking to escape the city. Set in a gorgeous location on a peninsula, with ocean on three sides, the town is pleasantly scruffy with wide boulevards and grand colonial-era buildings. The boardwalk along Bai Sau, along known as Back Beach, is attractively lined with seafood restaurants and shops. The town has a fairly large population of Christians, accounting for the unusual statue of Jesus set towards the north, a smaller version of Rio de Janeiro’s Christ the Redeemer. 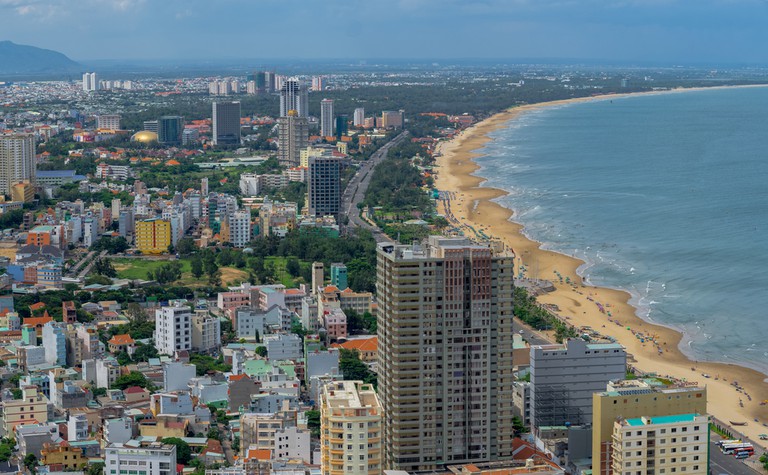 Set at a meeting point of a tributary linking the Bassac and Mekong Rivers and the Bassac River itself, Chau Doc is the closest large town to the Vietnamese-Cambodian border crossing. Locals are known for being especially friendly with the town’s pastel-colored shop fronts adding to its already-cheerful ambiance. With large Khmer, Cham, and Chinese communities, the town is also interesting from a cultural perspective. Check out the vibrant main market, and then wander along the pretty waterfront promenade nearby. Take the ferry across the river to visit Chau Doc’s largest mosque. 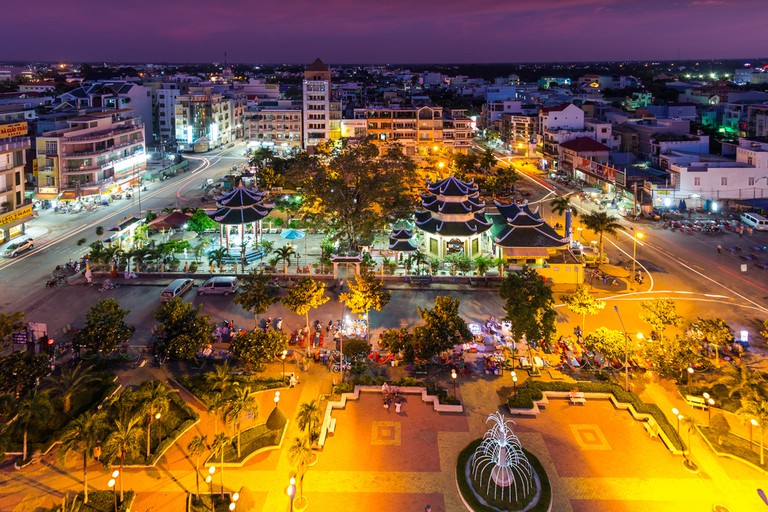 A popular day-trip from Sapa, Bac Ha also serves as a more low-key base for exploring the country’s northern highlands and hill tribe villages. Set at 1,200 meters above sea level, the town is fringed by cone-shaped mountains. This quiet town comes to life on Sundays when ethnic-minority villagers such as the Dao, Flower H’mong, Tay, Nung, and Giay, come to the town for its bustling market. Everything from textiles and handbags to livestock is bought, sold, and traded. On many days, Flower H’mong singers perform captivating songs to entertain market-goers. 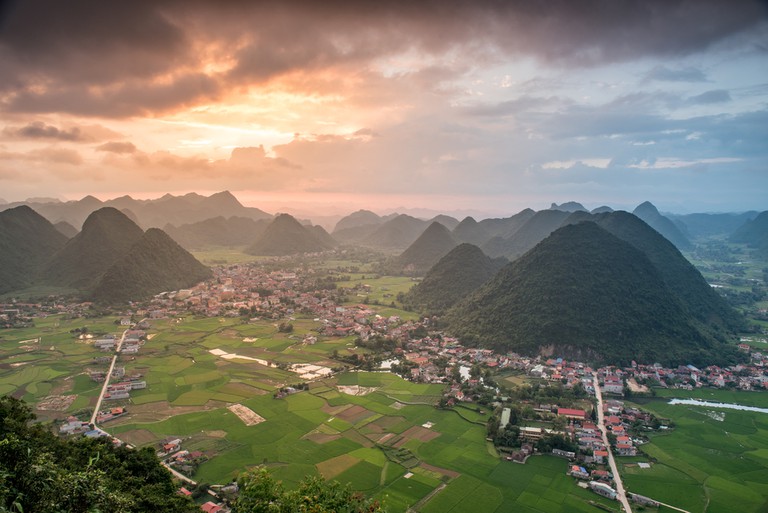 A UNESCO World Heritage Site, Hue was Vietnam’s Imperial City and later the capital of the country’s Nguyen emperors. Although the town was devastated by wars with the French and the Americans in the 19th and 20th centuries, it’s still filled with enthralling tombs, temples, and palaces. The Perfume River (Song Huong) winds through the city, with the Forbidden City looming over its north bank. Dating back to the early 19th century, this citadel stretches for three miles along the town’s waterfront. The Perfume River itself is delightfully atmospheric, dotted with houseboats, long-tail vessels, and dragon boats. 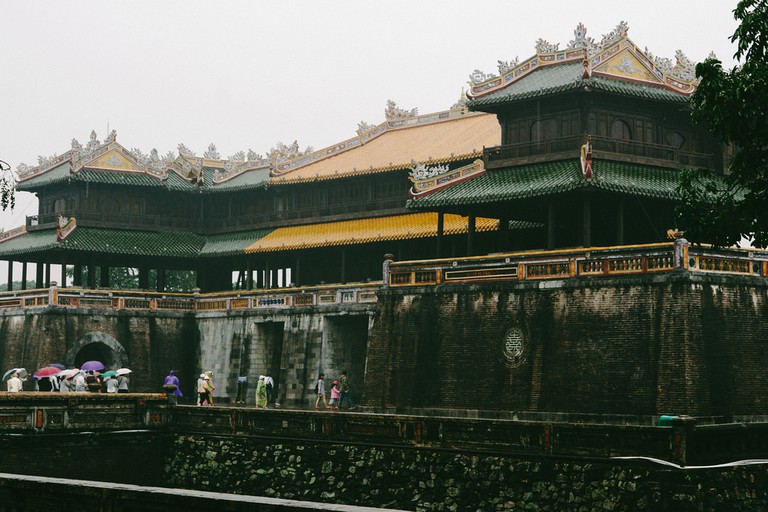 Hue Imperial, a walled fortress and palace in the city of Hue | © Anna Africa / Shutterstock

By Jessica Dawdy, The Culture Trip