The ancient town of Hội An is being challenged by mass tourism, traffic congestion, underdeveloped waste management, vendors, street food quality and poor design and operation of homestays that have badly impacted the UNESCO-recognised World Heritage Site.

POPULAR: Visitors at a restaurant in Hội An. The UNESCO-recognised World Heritage Site is being challenged by an influx of tourists. VNS Photo Công Thành

The ancient town of Hội An is being challenged by mass tourism, traffic congestion, underdeveloped waste management, vendors, street food quality and poor design and operation of homestays that have badly impacted the UNESCO-recognised World Heritage Site.

Noise and dust pollution, unfair competition among tourism services and harassment have all been recorded in recent years.

Owners of centuries-built houses had leased them out, leaving a spiritual void in the town for generations of its people.

These problems were recently discussed and raised by managers of hotels, resorts, restaurants, travel agencies, the local administration, architects and cultural researchers at a meeting on how to improve the quality of tourism services in Hội An. 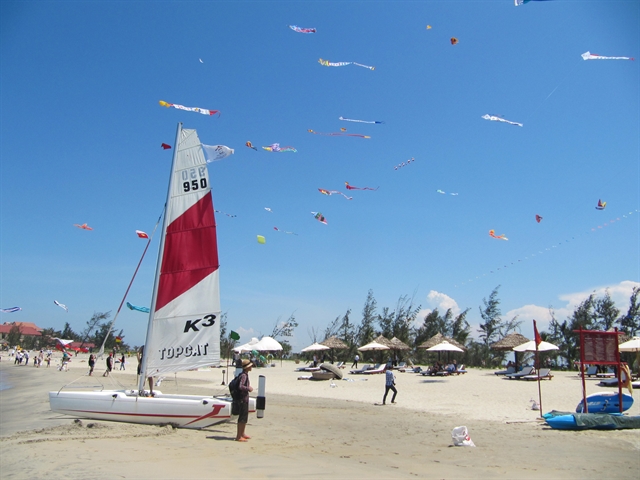 The gentle lifestyle of the old streets had been replaced by noisy vehicles, annoying vendors and street food carts, Phùng said.

The deputy director of Hội An’s Information and Culture Centre, Nguyễn Phương Đông, said the Old Quarter had become overloaded over the past 20 years since it was recognised as a World Heritage Site by UNESCO.

“At least 8,000 visitors flock into town from 3pm to 9pm, and it’s chaos. Sometimes, it's difficult for local residents and tourists to move comfortably in the pedestrian area,” he said. 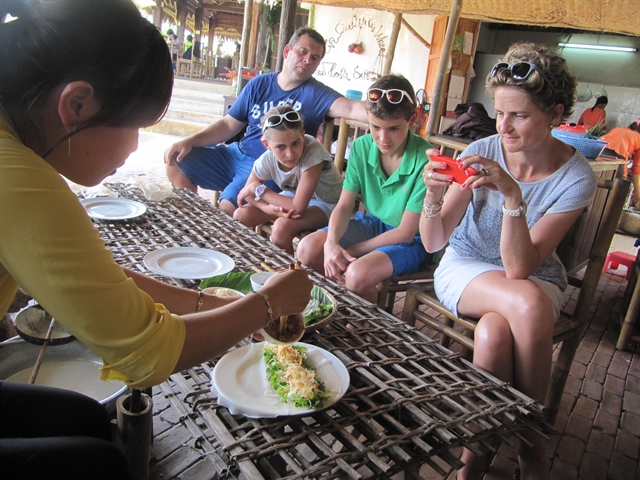 TASTY: A cooking class for foreign tourists at a homestay in Trà Quế village in Hội An . VNSPhoto Công Thành

Lưu Văn Anh, a restaurant owner in Hội An, suggested new night performances and art spaces should be built on An Bàng Beach, Trà Quế Village or Phan Bội Châu Street to create more options for visitors in the evening.

“There are no more options for tourists at night. The city could host nighttime entertainment, markets and art performances to ease congestion in the Old Quarter,” he suggested.

“More pedestrian bridges should be built over the Hoài River because An Hội Bridge gets really busy at night. Street art plans for Phan Bội Châu – outside the Old Quarter – have yet to be realised, along with activities or events at night. Shops often close at 8pm, except restaurants, cafés and spas,” Anh said.

Trần Thanh Châu, from Silk Sense Resort and Spa, said a tourism database should be developed to identify different classes of tourists before proposing a solution for the overloadding.

He said the city could offer a 50 per cent discount for entrance tickets between 8am and 2pm, which would help reduce numbers during rush-hour (from 3pm to 10pm).

Trần Tấn Vạn, chairman of the Việt Nam Architects Association, warned that ancient architecture in Hội An would be damaged due to redecoration or redesign.

“The architecture is a priceless heritage for Hội An's people,” he said.

He said the city should move its administrative centre and stage agency buildings to outside the Old Quarter to reserve more space for tourists.

Trần Thị Ngọc Dung, from the city’s Information and Culture Centre, said 302 homestays had been established in the city with a total of 1,100 rooms. 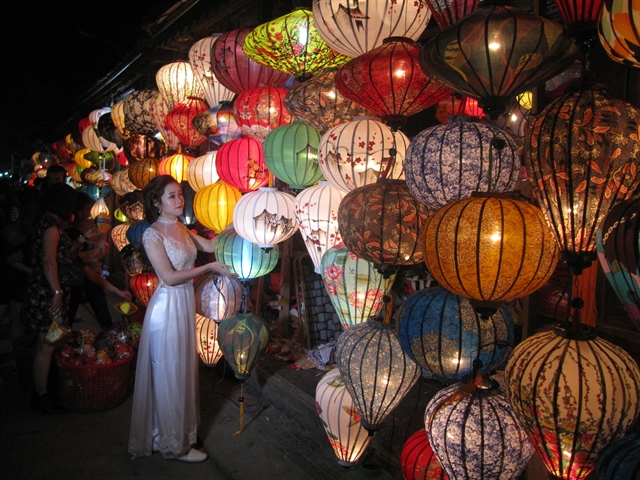 “Homestays now look like two-star hotels thanks to a decor makeover, but they're still lacking cultural activities,” she said.

“Tourists need to join in community activities such as going to the market, cooking or even going to a family wedding or party.”

Phạm Mỹ, a tour operator, said most homestays in Hội An focused on room service rather than community-based lifestyle and cultural exchanges.

“It’s false in terms of design and architecture. Rural houses in Hội An's suburban areas must be restored to what they were in the past,” Mỹ explained.

“Street food is also poor and takes up space. Vendors badger tourists to buy fruit, tofu and toys,” he said.

Mỹ added that eye-catching souvenirs were rare in Hội An, only clay toys, lanterns and poorly designed carpentry could be found.

He said local residents should be educated about environmental protection, waste management and recycling, and food safety.

Phan Xuân Anh, a tour operator at Saigontourist agency, said the environment needed cleaning up in Cẩm Thanh Commune and An Bàng Beach.

He suggested homestay owners should improve their English and knowledge of history and culture to offer support for tourists during their stay.

Hội An releases 33,500 tonnes of rubbish each year, but there is no standard waste processing plant in the city.

The city welcomed 1.7 million tourists in the first nine months of the year, of which 1.4 million were foreigners, earning VNĐ198 billion (US$8.6 million) – a 28 per cent jump from the same period last year. VNS